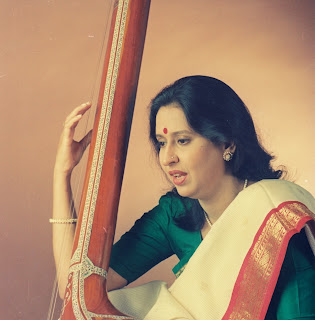 Happy to invite you to a nice baithak style home concert. We really appreciate Prakash and Sujata Bhalerao to host this wonderful concert at their home in Cupertino, CA.

All proceeds will go to Artists. Seat are limited to 60.

Venue Address, directions etc will be sent to confirmed RSVP.

April 20th: 'The Music that Swami Vivekananda Loved' - A musical tribute to Swamiji by stalwart of Hindustani Classical Music.


Swar Sudha is very happy to be part of celebration of 150th Birth Anniversary of Swami Vivekananda in Bay Area.

'The Music that Swami Vivekananda Loved' - A musical tribute to Swamiji by stalwart of Hindustani Classical Music.


Tickets will also be available @ Pt. Anand Bhate's concert on April 7th. You can also buy tickets from Ticketmaster (Service Fee will apply).
Check out the website for more details and online tickets.

100% of the proceeds will go to a California Non-Profit Corporation Swami Vivekananda Celebratory Organization, formed to commemorate the 150th Birth Anniversary of Swami Vivekananda in a befitting way. Their goal is to bring awareness of Swami Vivekananda's life and his universal teachings of unity, harmony, and peace, and the divinity of the human soul, to a wider audience.All devotees of the Holy Trio Shri Ramkrishna, Sri Sharda and Swami Vivekanand, who are passionate to celebrate this momentous event, are members of this organization. 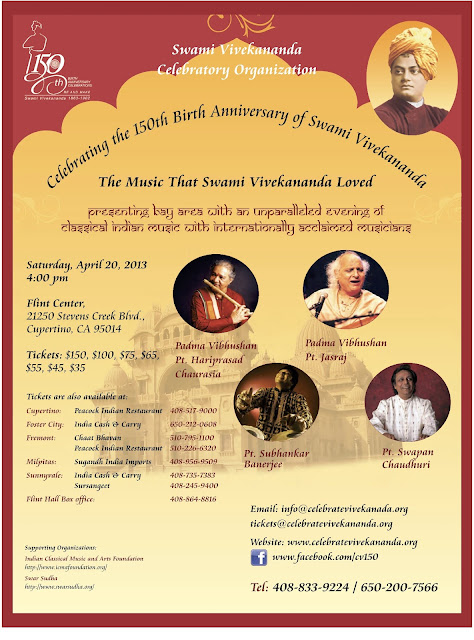 Posted by SunilG at 9:34 AM No comments: 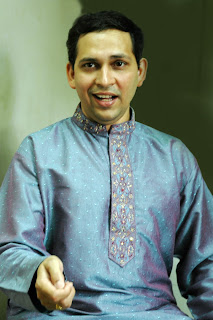 
Anand Bhate received the National award for best playback singer male for 2012 for movie 'Bal-Gandharva' besides winning numerous other awards. Gifted Child prodigy Anand Bhate titled as 'Anand Gandharva' at the age of 10 is one of the foremost disciples of Pt. Bhimsen Joshi and most sought after young classical vocalist and the star of Kirana Gharana. He shows a remarkable versatility in being able to present a wide variety of music, right from the classical Khayal gayaki to the semi-classical exponents like Thumri, Natyageet and Bhajans/Abhangas. He will present all these forms in a special musical treat on April 7th.

Alongside his career in music, Anand has also had brilliant academics. Through out a merit list student, he went on to get a BE and the Masters Degree in Computer Science from the University of Pune. See what Bay Area artist wants to say about him.

04/07: Tickets will be available at the venue today.

Online tickets are now closed but tickets will be available at the venue.  Call 408-461-8390 if there is any issue.

A very versatile singer who sings khayal,thumri, natyageet and abhang with equal ease. Really enjoyed his singing in the film "Bal Gandharva" for which he also received the National Award for best male playback singer.
Look forward to attending Shri Anand Bhate's concert accompanied by Bharat Kamat on tabla andSuyog Kundalkar on the harmonium organized by Swara Sudha.

We all being in silicon valley as a technocrat.....feels very proud about Shri Anand Bhate, as he himself being an Engineer and well versed dedicated Vocalist from Kirana gharana....... continued the great tradition from none the grate Late Pt.Bhimsen Joshi.

"Anand Bhate is a truly gifted singer, who is further enhancing the rich tradition of Kirana Gharana music. His mastery of Naatya-sangeet gives a uniquely subtle, emotive quality to his classical renditions. With all his virtuosity and tayyari, his focus is always on Raga aesthetics. It has always been a pleasure to listen to his Khayal gayaki as well as his Naatya-sangeet. His delightful persona reflects in his music, making it a true pleasure to listen to, in fact I know him from school days. Just received an email from him about his visit."
Prasad Jogalekar
Sitarist
"One of the most versatile singers! Not only trained in classical music, but light music as well as Natya Sangeet. While in India, I saw Sangeet Saubhadra in which Anand-ji played the lead role of Krishna. Excellent production, acting and singing! Don't miss this chance to see him in action"
Vivek Datar
Harmonium Guru and Musicologist

I still remember being fascinated and inspired by those beautiful naaTya sangeet renderings by Anand gandharva.. a merely 12 year old young boy from Pune..in around 1983/84.I have been lucky to be knowing him further later, and, in my recent visits to India, to have listened to his 'abhangs', naaTyageets  and Hindustani classical music with great command and authority! With a tradition of music running in the family, having got the training from various authoritative gurus including the Immortal  Swar-Bhaskar Bharat-ratna Pandit Bhimsen Joshi himself, Anand is now one of the bright stars of the hindustani classical vocal and marathi music horizon! The simplicity and rich culture in his character reflects in his music and gives the audience an experience to cherish.  We have the opportunity to listen to him second time! Not to be missed.
Manoj Tamhankar
Musicologist & Harmonium Guru

Posted by SunilG at 4:00 PM No comments: